Today I tried ‘DAVID’, a space wave shooter for Oculus Quest and Quest 2 that played in the third-person perspective. The TPP is by itself was a breath of fresh air, as I was expecting an FPP gameplay. 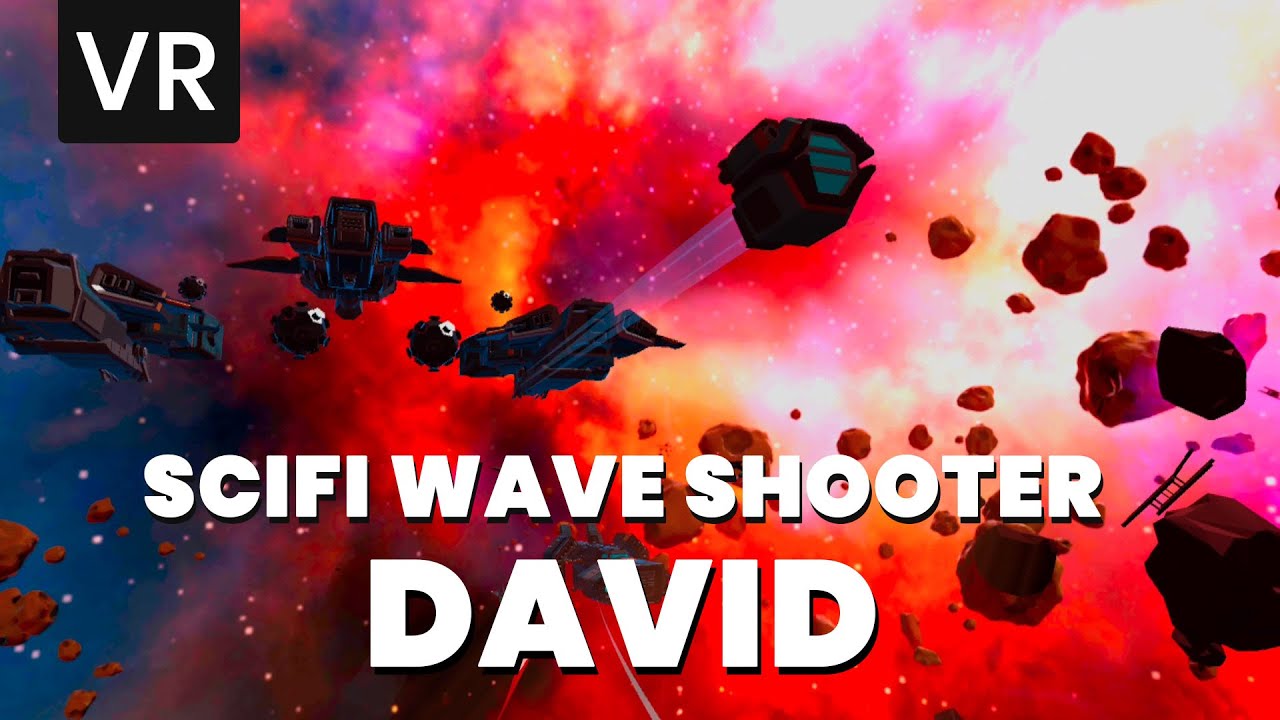 You control two spaceships, one for each controller. One is small the other one is bigger. You move the ships in the VR space using the Quest controllers. There is a slight delay in the movement compared to when the Quest controller movement is registered, which gives the ship a feeling of float. This makes the spaceship movement feel move authentic to the gameplay in virtual reality, rather than users feeling they are holding two guns in the shape of a spaceship.

That being said, having some kind of semi-transparent visual effect when the spaceship is moving would make it even more exciting, rather than having just a static look.

DAVID is a challenging game. You need to defeat the entire fleet (the big ships) to progress while avoiding getting hit by projectiles and space mines. Obstacles and projectiles differ depending on the type of ships you are fighting against.

You can collect powerups that float in space using your ship and shoot escape pods after eliminating a fleet that will grant you a ship upgrade item. Obtaining those in some levels, especially at hard difficulty is essential. If you are hammered too hard, your ship will explode and you’ll need to start from the beginning of the state. If you fail at a certain stage (e.g. stage 2), you won’t start from the beginning, but from the last stage, you failed to complete.

Overall, it’s a fun demo that looks very promising with a very appealing cinematic look. With more improvement to sound effects, music, animation, and controller interactions—this game can be so much better. Looking forward to more.

You can download the demo for free via the SideQuest app to your Oculus Quest and Quest 2 VR headsets. Have Fun!