Virtual Reality Technology is conquering the market by storm 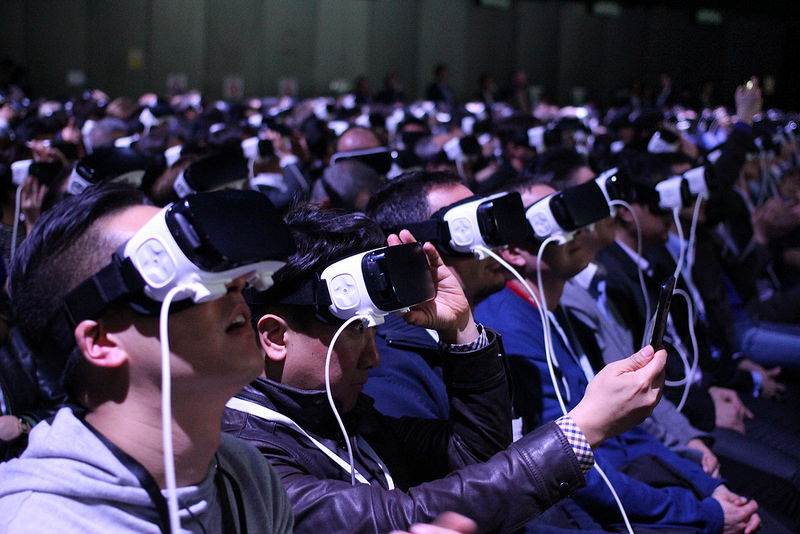 To be honest, even after reading the estimated projected statistics of the popularity of VR in the upcoming years, I am still very much surprised to see how fast this newborn medium have been developed in just a year… yes, a year. OK, many of the recent announcement of new HTC Vive TPCAST tether-less accessory, the new Reactive Grip haptic feedback controller, the use of VR in education, the entrance of Google and Sony into the VR industry, the Google Earth VR experience, the first 360-degree, the Protruly Darling VR Smartphone, etc, etc…, you cannot be overwhelmed by how fast the virtual industry grew in the past year.

Many companies have emerged with main focus on VR technologies. VR games and experiences like Job Simulator, RAW Data and Tilt Brush have conquered the VR market by storm. Analysts estimate that Sony will sell more than 2 million units of its PlayStation VR headset by the end of the 2016.

I remember the time, which was around a year ago, that many people still doubt that VR will catch up. What is actually happening is that VR turns out to be one of the biggest technology trends since the invention of the smartphone. This is the technology that everybody wants to try and everybody speaks of. It’s the new coolest guy in the neighborouhd, the next celebrity technology, one that really makes a big impact whether used for games, education or business.

VR is here to stay and for a long long time. Virtual reality will not just leave alongside Augmented Reality, but also compliment it. There are already technologies that utilize both technologies to create mixed reality solution, like the Linq headset for example.

When HTC Vive and Oculus Rift were launched, VR was still a luxury for only those who can afford it, it definitely wasn’t ready for mass marketing. Google Cardboard was the cheapest way for everyone to consume 360-degree content, but Google wants to change that and bring high-quality mobile VR to everyone, and did what Samsung have done with its Gear VR headset, but make it available for a broader audience. Mobile VR will go through an exponential growth in the upcoming years. Even desktop VR is going to be much more affordable thanks for Microsoft’s new VR headsets.

Soon enough, VR would be in reach of everyone with a mobile phone, PC or gaming console. Price will drop as new technologies will continue to improve the experience even further. What you see now is nothing compared to what VR is going to be just a few years from now, where eye-tracking and haptic feedback technologies will find their way into the leading headsets and tracked motion controllers. In 5 years VR is going to be much more immersive, comfortable and with a lot more content. When you come home from work, the first thing you probably will want to do is to put your headset on and meet with your friends in the virtual world. Facebook will probably already has its own social VR ready to go in a very short time.

WebVR will also continue to make its progress and will be used by more websites to allow people to consume VR content directly from the web on websites that want to showcase their products and services using the VR technology.

We might see even more companies trying to compete against Samsung, Google, HTC And Oculus in their own game. This market was just born a few years ago, and there is plenty of room for new startup companies to showcase their innovation.

Virtual reality arcades are becoming popular in China and we can see more and more events are held which emphasize on virtual reality.(here and here).

This is just a glimpse of what’s happening right now and what’s about to come. Each week I read about new amazing technologies that going to change the way we play and enjoy games in VR and can revolutionize many other industries, not just the gaming one. Many sports events are broadcast in 360-degree, there are movies, short movies and TV shows meant to be seen in VR. I didn’t even mentioned all the VR related gadgets and headsets out there, there are tons of them.

The virtual reality world is changing its shape as we speak and there isn’t any other technology that I am so excited to read news about. I love VR and if you still didn’t had a chance or wasn’t sure whether to try VR, I hope that this post at least made you feel a bit interested to read about it more and hopefully try it out.