Today I tried a pre-release version of the game V-Speedway, a free car racing game in virtual reality for the Oculus Quest. I played it on the Quest 2 VR headset using the Quest controllers.

Here is some gameplay to show the different options in the game and how it feels like. 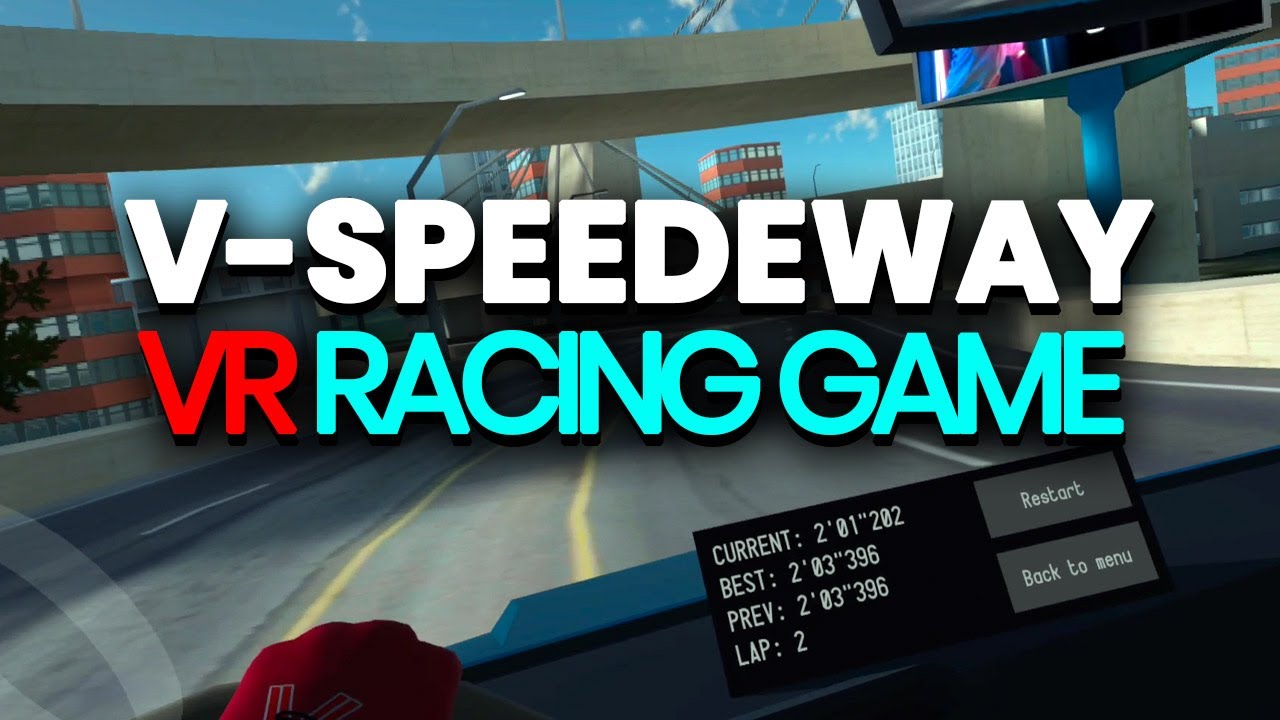 As you can see, I wasn’t really too excited about this game. Very simplistic and it felt more like a game that was taken out of a Unity book tutorial rather than a fully-pledged exciting VR racing game.

However, although my experience with racing games is limited as I am not a big fan of the genre, driving in VR is actually fun!

I did try a VR racking in an arcade in Tokyo, Japan. But that was using an arcade machine that was built to create a create driving simulation. I was able to hold a physical wheel and even feel the movement of the car as the seat was moving and rotating to simulate a real card driving experience.

So don’t have very high expectations for this one, but still, if you haven’t tried a VR racing game on the Quest or Quest 2 headset, I recommend giving it a try. You might like it better than I did and even make you want to try other racing VR games out there.

One of the things that are an issue is that holding the Quest controllers and your hands high at chest level will lead to hand fatigue pretty quickly. This is why many of those who love racing games have a physical wheel accessory for their driving games, VR or not.

Nonetheless, I think that V-Speedway can be fun for those of you who want to dive into a quick racing/driving gameplay session and have fun. Keep in mind, that it’s still under development and we might see more exciting features later on down the road.