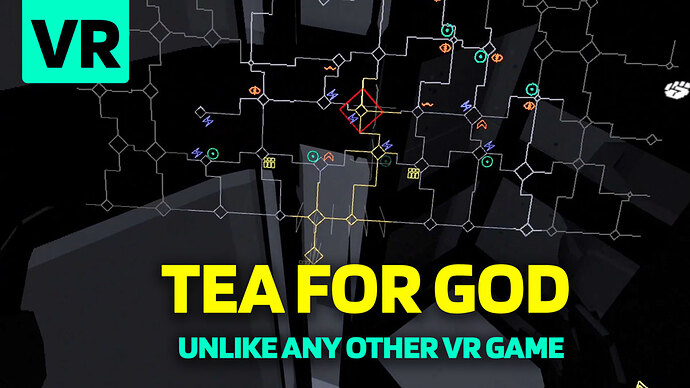 Yesterday I played a roguelite shooter VR game on my Oculus Quest 2 called Tea For God. A room-scale VR game still in development made by a game dev called Jarosław Ciupiński (aka ‘Void Room’).

You can find more information on this website voiceroom.com. 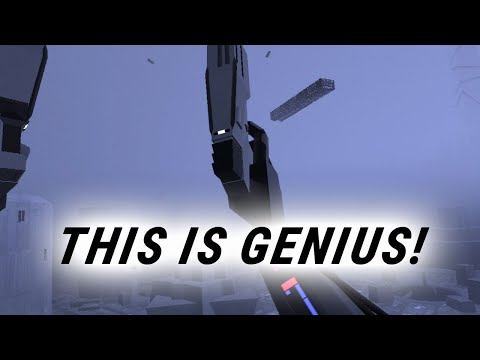 I came across Tea for God because it was in the “Hot” game section on the SideQuest app. I decided to give it a try—and oh boy I am happy I did.

Tea For God is a VR adventure that uses impossible spaces with procedural generation to allow players infinite movement within their own place.

So why I am writing all this? – Because this game has something very original in terms of its game design.

What Makes Tea For God so Special?

Basically, the game adapts to the play space, but at its core, it was designed to give you a sense of free physical walking and exploration without teleportation or “fake” free movement. You feel like you exploring a big area by just walking with your own feet in the real world, but you actually just moving around in the same small play space!

Basically, you just walk physically and explore the environment. There is no teleportation or this fake virtual “free movement” (where your body is actually just standing still but your character moves in the 3D virtual space).

The result is a very natural and immersive gameplay experience.

This is perfect for VR, as you don’t need any type of VR treadmill like Omni One to really enjoy this type of experience in VR.

That being said, it doesn’t have its limitations. As you cannot (So it seems) do that with a large open environment, as basically you can really just go—let’s say 10 meters straight without bumping into something in the real world. Whether with a treadmill in VR you can just continue walking in any direction.

But in reality, who wants a treadmill to play a VR game, let alone afford one and find a space for it. Many games aren’t designed for that, let alone for the most popular VR headset of today, the Oculus Quest 2.

So being able to play a VR game using free physical movement is perfect for VR, let alone that you won’t get any motion sickness whatsoever.

The game is still under development as of the time of writing this article.

This is the game’s page on SideQuest. 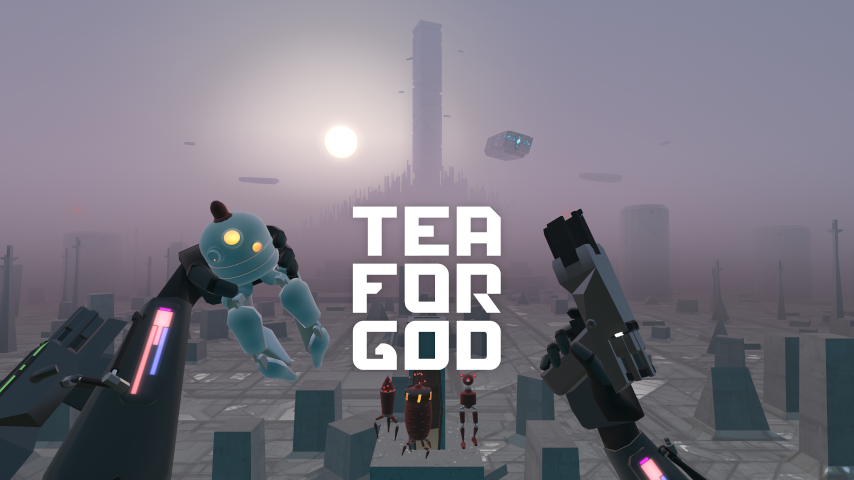 Tea For God is a VR adventure that uses impossible spaces with procedural generation to allow players infinite movement within their own place. Customizable gameplay can be anything between a relaxing long walk, an intense arcade shooter (checkpoint...

The developer mentioned a $10-$20 price tag for the final release of the game. It seems that it has been developed for more than 2 years based on the official YouTube channel.

Brilliant game, thanks for sharing!