Super Stardust Ultra (a long name for a game, but you can call it SSU for short) is coming to PlayStation VR and it looks amazing. Sony just wrote a post about it on their PlayStation Blog. Super Stardust Ultra is a cockpit locomotion first-person shoot’em-up. The player need to survive against countless waves of enemies that attack you from every angle possible. 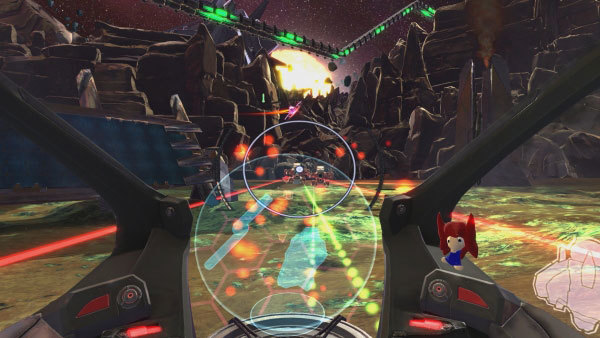 I really like the graphics, very vivid and flashy, with colorful effects of the shooting Cannon and lasers. For those who don’t know the game, Super Stardust is a third-person shoot-em up game in its core and played in a top-down perspective, but in SSU VR the developer XDev Studio introduced a new a new mode called invasion, which is designed specifically for VR and therefore meant to be played in first-person with a much more restricting field of view.

Fear not, fan of the game will still be able to play the traditional game modes in third-person perspective but those enhanced for PlayStation VR. When you buy the game, you’ll also get the original Super Stardust title as well, so it seems like a great buy.