Some people want No Man's Sky to fail

An interesting article on designtrend explained why some people want No Man’s Sky to fail. Even Sean Murray tweeted about the article (I love when he does those things). There is even a poll at the end of the article. As of the time of writing, 70% say No Man’s Sky won’t be a flop, 4% say yes, 10% say somewhat and 14% don’t even care. 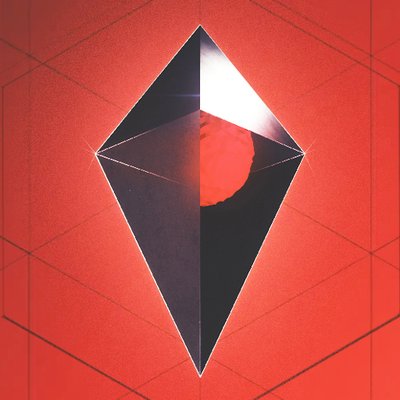 First of all, I love how Sean Murray response to those things with his calm behavior.

I can’t recall anyone that was able to make him to think twice before he says something. The guy is just a down-toearth guy, not selling bullshits and telling the truth about everything. When people asked him if the game is going to flop, he just answered with its famous response:

As many other PS4 players, I do hope that the game will become a big hit. I personally going to play it for sure. So what you guys think? Will it flop?

LOL Sean and hit replied. To be completely honest with you, nobody should really care about those negative reactions. Most of them are made by people who are trolling discussions or just cannot afford or have the option to play the game. If you don’t like a game, don’t play it, that’s it. I also think that many people just like being heard and when there a lot of talk about something, they want their voice to be heard and they don’t mind saying things that they don’t even believe them themselves. You can never really know the real reasons why people say things.

What Makes No Man’s Sky Different

Think about it this way. There are thousands of indie games being released every year, most of them would probably even hope that someone says something about their game, negative or not. When players don’t like a game, they just move on. It’s like that in most cases. The main difference here is the marketing. No Man’s Sky has received tremendous media coverage throughout the development phase, that only a few indie developers get. I believe that there are also many people who envy them. Sean Murray is certainly living the dream of a young developer who made his way (hopefully) to greatness.

Even if the game isn’t a 10/10 but a good game, everyone will recognize the developer Hello Games. When they get a new title, they will get media coverage without any help of no one. They have received a celebrity status in the gaming market.

People can hate all their want, the game is going to be out and it will be as Sean Murray wanted it to be. From what I’ve seen, Sean Murray is a very talented person and I admire him for being the first to think about making a procedurally generated game at this scale. If this formula works, it would be an amazing achievement and if not, at least we know how to categorize a game like No Man’s Sky.

I stayed positive all the way, and although I also have my hype coming in and out sometimes, I will buy the game to support the developer and as I say in a few posts back, if I won’t enjoy it, I’ll just take the disc out of the PS4 and move to another game, not harm done.

You know what’s funny. In the past games were just games, you play them and go do other things. Now I turned to something like a cult. When it comes to games, their whole world suddenly seems at stake. Games turned out to be something really important for people. It’s a game at the end of the day. You will stop playing it sooner or later and move on to do other things.

I agree that there are some games like World of Warcraft that actually took on people’s lives. I thnk that No Man’s Sky is also among these type of games that you can get lost in a fantasy world and forget about your real life - some people really want that. I think that’s why people share their expectations and show their love and hate for the game so loud on the web. People really want a game that will take them on an adventure and when they come hope after work, they can’t forget about everything and just live in a virtual world. Don’t you agree?