Today I downloaded Pavlov: Shack, a realistic first-person shooter VR game for the Oculus Quest VR headset. I played it on the Quest 2. I had great expectations as there were many positive reviews about this game. The PC version of Pavlov is very popular for PC VR and it’s know to be among the top FPS VR games on the market right now.

I didn’t play the VR version yet. My experience with the Quest version was not good. I mean, I like the weapon-handling mechanics, very realistic. You need to get the magazine from your vest, insert it into the weapon, reload it, and aim to start shooting—There is no aim assist nor a crosshair to help you out aiming. So basically you need to ADS in most weapons at mid-range and further. 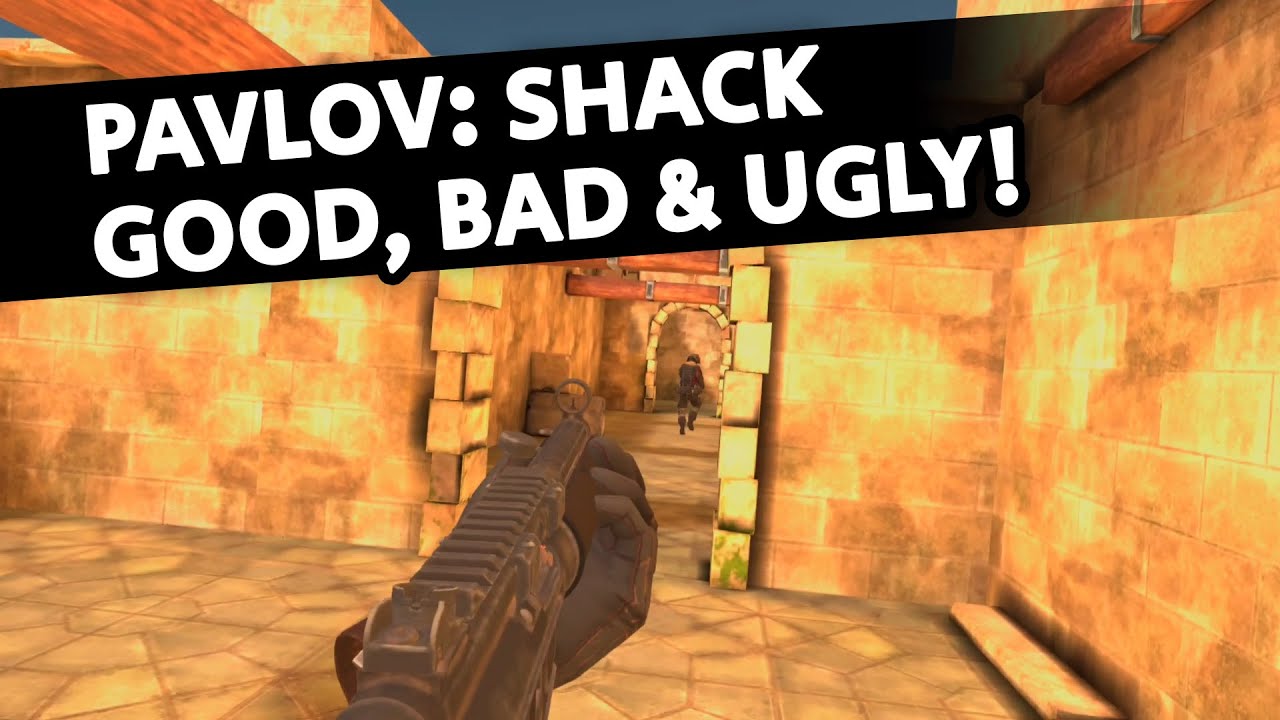 You can also hold the weapon in both hands to reduce recoil as recoil in these games are crazy.

I have to say that I had fun moments because of the people’s social interaction dynamics. You jump into lobbies and crazy things are going in there. Some friends going in the same lobby just to start murdering each other, go figure. Yeh, but I had a laugh as well.

One other, people troll each other. Without any interesting objectives, it feels amateurish and not interesting. There is no ranking system and overall a boring and uninspiring FPS gameplay experience.

You can check out the above YouTube video gameplay I made about my experience playing Pavlov Shack on my Oculus Quest 2 VR headset. It’s free via SideQuest, so you might want to give it a go, some players love it.