I love Pac-Man games, and the next game is a Pac-Man-like game called Outdoor Pacman VR. It’s similar in terms of gameplay where you need to eat dots and evade intersecting with ghosts. It’s still in early access but already feels pretty good.

The idea is to make a Pac-Man like game that is played on a room-scale in a large space. Although the controls for seated are usable but very clunky and needs work.

I already played a Pacman game in Augmented Reality, and it was actually lots of fun. I played it outdoors, but I need quite a lot of space as it was made to fit the human body size. So I recommend also playing Outdoor Pacman VR in a large space and make sure nothing or no one is around so you won’t bump into someone.

Here is a video review of Outdoor Pacman VR, which you can download via SideQuest app for free. 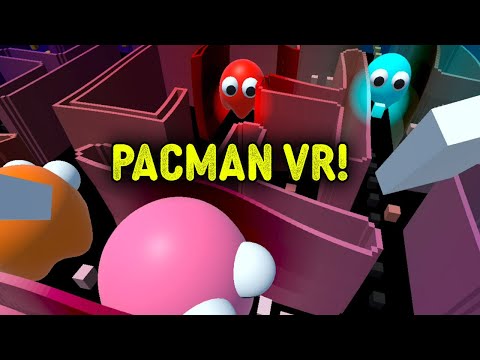