Let’s start by saying that I am having a great time with my Oculus Quest 2 VR headset. Having said that, not everything is perfect and in this post, I want to share the bad things where the Quest 2 should be improved to enhance the user experience overall.

PIxelation - Probably one of the things that I worried about the most when I first experienced VR with VR Box 2.0 and Google Cardboard. I use my mobile phone back then and the pixelation was awful. I felt disconnected from the virtual environment like I was watching the world through a rough-textured window of my shower. With the Quest 2 is much less of a problem. With 1,832 × 1,920 (3.5 megapixels) resolution per eye, the image is much sharper, but still not sharp enough. You can still see pixels although the screen door effect is minimized by a large margin. Still room for improvement.

Here is a video where I try to demonstrate it. 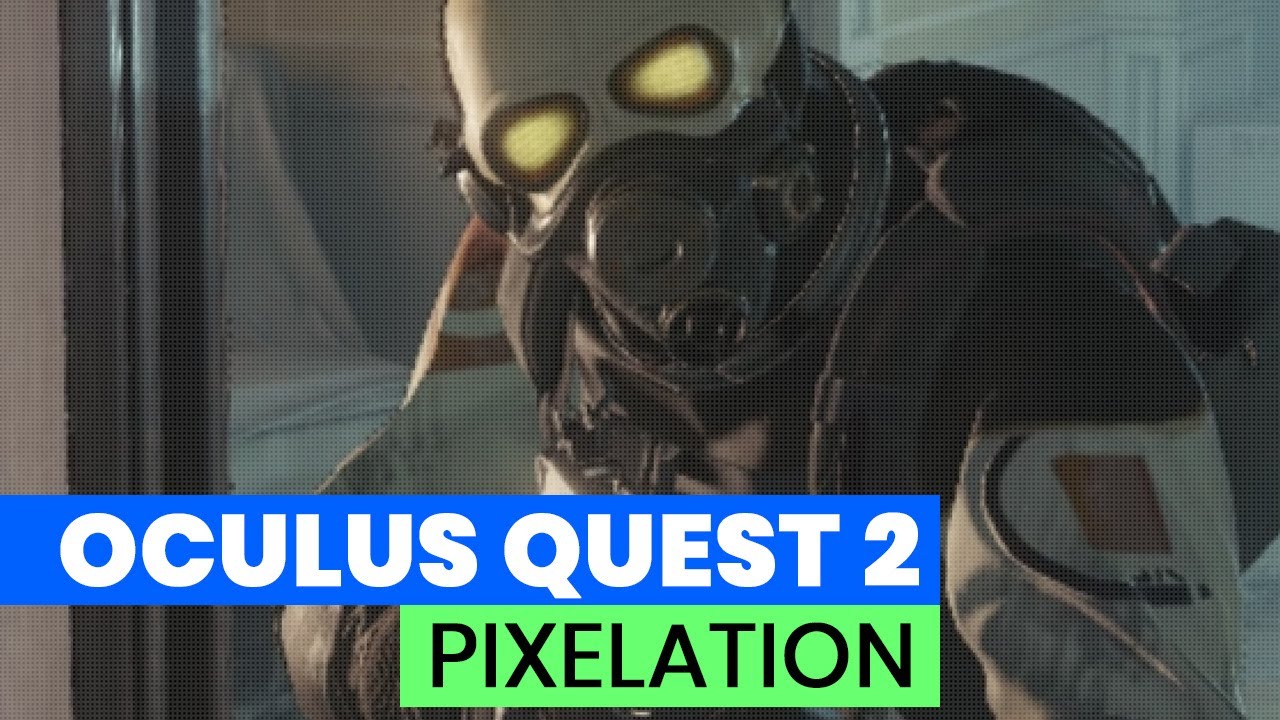 Limited Field Of View (FOV) - The Quest 2 has around a 90-degree field of view. It’s very limiting although bearable. This means that I always feel like, no matter which VR app I use, that I am watching it through a rider’s or diver’s helmet. There is that big black box where I watched the experience through it. You get used to it but it’s still there. Using spatial vision is annoying as your vision bumped into those black borders. To make VR apps more immersive, a large field of view is one of the key factors to improve and the same goes for the Quest 2. A big room for improvement there.

Still Bulky - I know that in a few short years we’ll be laughing at ourselves seeing photos of people wearing those big bulky boxes in front of their faces, but that’s where the technology is right now. Yeh, Oculus Quest 2 is relatively light (503g) but regardless, it’s something you feel it’s there. It’s not like wearing a hat nor sunglasses. You feel its weight even with some complementary 3rd party accessories that were designed to improve its comfort. Even with those, this just makes the Quest 2 look bigger and reminds me of how the first VR headsets looked like. It’s uncomfortable to some degree, but I could play with it sometimes over an hour without any issue, especially when I move more. For more static seated experienced (probably due to less blood flow), I feel it more frequently.

Can’t Record Mic in Gameplay Videos - This is a personal annoyance. I want to be able to record my voice when recording gameplay videos on my Quest 2, but I can’t. I need to use an external record for that. I mean, why?! The mic exists and all it needs is to be able to record it alongside the gameplay video. I don’t think that audio recording should be more of a performance overload compared to the video being recorded in the background by the headset using the built-in screen recorded functionality. It can’t even be modified using the ADB command. Hope this can be changed in the future firmware update.

Limited IPD Adjustment - There are only 3 positions for IPD adjustment. By that I mean, changing the distance of the lenses from each other to adjust to the distance of your eyes for a sharp view. I’m pretty sure there will be people who won’t enjoy locking on their personal sweet spot and made me wonder if what I see now can further be clearer if we had an option for more stopping points. With VR, it’s very easy to lose the sharp view even by slightly moving the headset up and down–and I am talking by the millimeter. The more adjustability options, the better view we can have. I wish next time this will be done automatically or electronically because I don’t like the manual adjustment either. Maybe pressing a few buttons in the app like an eye test until we see everything sharp and save it per user profile just incase other people are using the headset. Then we can just log into our profile and it will auto-adjust itself back.

Limited Selection of Apps – It’s not a problem with the headset itself, but with the selection of compatible software. If you don’t buy the Oculus Quest link cable, you’ll find that the app selection is relatively limited. I saw this immediately after seeing that titles from several years ago still conquer the Oculus store main page. Don’t get me wrong, you’ll find many apps to play, but it is limited. Between us, it doesn’t mean that with every popular app out there you’ll enjoy playing. I think many first Quest 2 users will just buy what’s popular, to try it out. Not for every app, there is a demo for free but for some you do.

And triple-A games, well, almost forget about it, not a lot out there. The best game for the Oculus Quest 2 in my opinion, if you like that type of game, is Half-Life: Alyx. To play it, I needed to buy the Oculus VR Link cable, as HL: Alyx is only available for PCVR. In fact, there are many great titles out there, the ones that I prefer playing that are on PC only. I can’t play them untethered as I always need to be connected to the PC using a cable so I lose the freedom of movement–the untethered VR experience that I have with native Quest 2 apps.

With so much money on mobile games and with the niche VR market, you can see why many big companies prefer putting their investment elsewhere. It would be amazing if many triple-A companies would spend their money on amazing VR titles, but were are not there just yet. There are some apps or particle VR experiences in big PC game hits (e.g. Hitman 3), but again, it’s very limited.

Although the game selection is much higher compared to when the first Quest was out, the prices of VR games are still high and you don’t get many free games either. A few of those who are free have become very popular, alongside some amazing VR gems that people bought straight away like Beat Saber, Superhot, Pistol Whip, Rec Room, Moss, VR Chat, and others. But as I said, some of you might get bored with the available selection of games relatively quickly, others won’t. 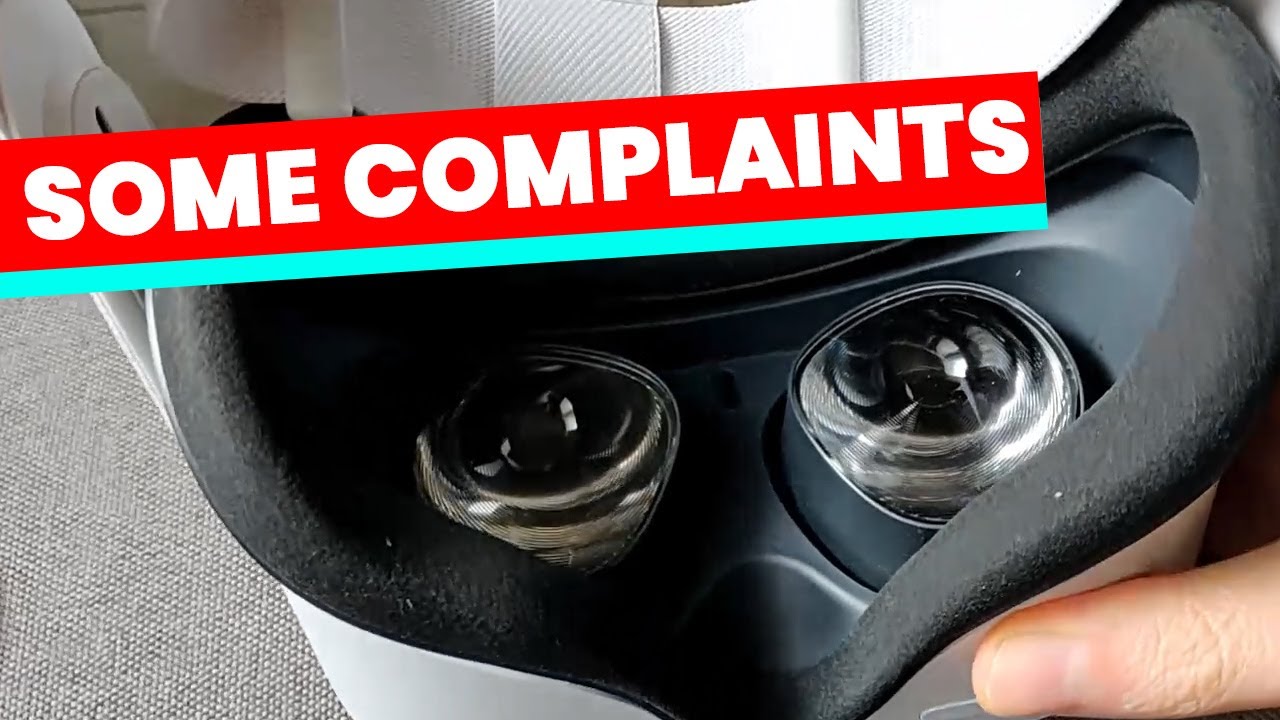 There are some of the things that annoy me personally. What do you think is missing for Oculus Quest 2 for you, let us know in the reply section below. Thank you.

I agree with all points mentioned. That being sad, if one plays VR mostly on PC, HMDs like Pimax 5K Super are much better option if you really want the best visual experience. It costs $750 as of this time. It offers up to 180Hz display refresh rate, 200-degrees FOV (Diagonally), very durable with 2560x1440 (7.5MP) display resolution per eye, less then 10ms MTP latency and 55m-75mm IPD adjustment.

That’s a huge leap compared to the Quest 2 but it comes at a higher price (not too high though). You’ll still need the satellites , so it’s unlike the Quest 2 inside-out built-in tracking which is amazing and very accurate but have it’s disadvantages when it comes tracking controllers outside the camera’s FOV. But higher FOV and higher resolution are so important for immersion that I think it’s well worth its price. There are going to be amazing VR games for PC that will blow our minds away, and with this headset you are sure to get the best user experience I think. Just my 2 cents.

Thinking of getting the Quest 2 but still waiting for more good PCVR games to arrive, something that will make me upgrade to Quest 2. How you doing y’all, long time no see?