Finally Microsoft revealed the minimum hardware specifications for its upcoming Windows 10 VR headsets. So here are the specs: 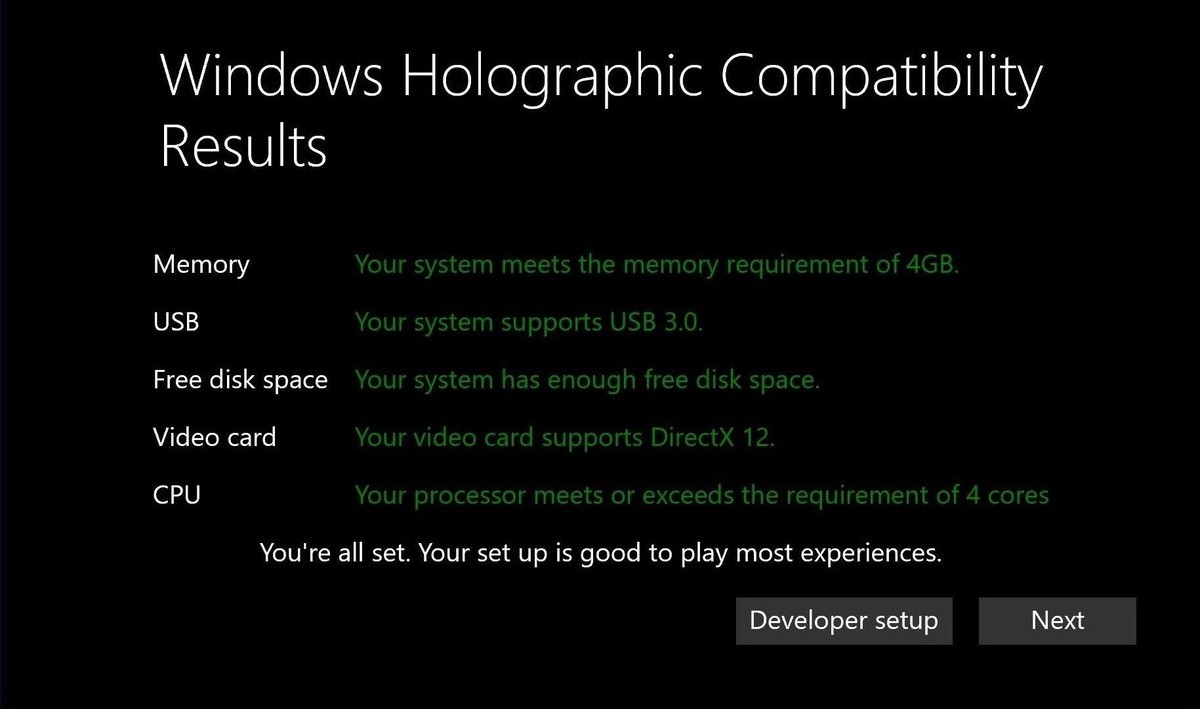 These specifications are for windows Hologrpahic. So this is the same platform that is used for its AR headset, Hololens. The one thing that I don’t understand is wht they didn’t specify which graphics card models (and up) the platform supports. I mean just saying DirectX 12 support doesn’t mean a lot.

First time I hear about the term Windows Holographic VR. I think Microsofot just makes it more complicated with its bizarre names. Can it just come up with an original name like Google did with Daydream?

I think they came up with that name because the want to deliver an experience that is somewhere between AR and VR, that is why they brought the Holographic name but it will definitely confuse a lot of people. From what I’ve read, their headsets will still be VR headset, I mean there will be a screen where the image is projected on, but it will be self contained, all the sensors will be inside the headset (inside-out tracking) and won’t rely on external tracking system.

I think that Microsoft is close to make the same mistake in did in the mobile market. Bringing products without distinct characterization, while obviously being fashionably late to the party. This is something that Microsoft has been doing for quite a while. I still can’t understand the whole idea behind its platform, it looks very generic, lack of accurate information, all fuzzy and unclear. If that’s they way Microsoft thinks it can beat the competition - they are making a big mistake.

IF they were the first to enter the VR market, I would accept it, but this is no way to promote a new VR platform.