Today I’ve read about Google working on a merged reality headset and I think that all the headsets in the future will combine both AR and VR. Just think about it, all the headset needs to do is to have a high-quality camera at the front and then you can combine the benefits of both VR and AR together (aka Merged Reality). There won’t be a need to choose between the two technologies. Developers can decide whether they want to use both technologies in their games and apps or utilize only one technology. If the screen and the camera are of very high-quality and can mimic the human vision, the experience would certainly be very convincing and immersive.

The only thing that I still don’t understand is whether those transparent display can render an image that blocks the field of view or the projected image always have some degree of transparency. Even if it does, I believe that there will be technologies that will solve this, so we won’t even need to use an OLED/IPS screen in front of our faces. Maybe a side projection of light, I don’t know, but this will certainly be better than having a screen in front of your face. 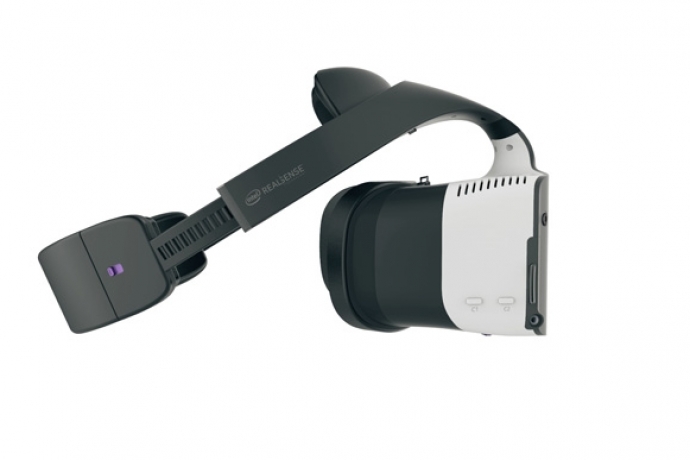 Google is not the only one developing a merged reality headset, even Intel announced one.

Check this out to see what the buzz is all about.

I am not an expert in the field and I am interested to hear what you guys think.

Yes, merged/mixed VR is indeed the future. Why have one technology when you can have both. Furthermore, they both compliment each other so well. It’s glad to see Intel putting its shoes into this market. I was really sad when Intel decided not to make chipsets for Apple back in 2007, it really missed a huge opportunity and a huge mistake. Now with VR I hope that Intel can really make it this time. Their Project Alloy looks very promising, a tetherless merged reality headset, it’s everything we need. I think that Intel also shouldn’t use its brand name for this device when it comes out, because their name it tight to CPUs, not other devices, and a new brand name would be better for marketing purposes.

Anyways, there is more interesting information here about this headset’s technology. You can see that the recommended system requirements still require a Nvidia GTX 970 / AMD R9 290, 8GB RAM and Intel Core i5 (all equivalent or better). So people will still need a high-end PC to run it.

The main problem is that even if the technology is extraordinary, still, HTC Vive and Oculus Rift have “recruited” many developers to developer apps and games for the platform and already have a big lead. Both those companies can always improve their headsets in the future and include AR as well, and I believe that they are working on those technologies right now.

Even if this headset is out tomorrow, you know how hard is so convince developers to develop for it. Especially considering the expensive computer required to run it. I am not saying it’s not possible, but it will be very hard because Intel is quite late for the party as you can see.

I am only referring to the gaming market, maybe for other markets they can succeed very well with less competition.

That’s my little take on this, but hey, competition is always good and I am thrilled to see the first games for this headset when it is available commercially for consumers.