Is this VR cycle really dead as they say?

I’ve read TechCrunch’s article “This cycle is dead” that was posted on their website two days ago. In my opinion, it really comes down to the high entry prices of the headsets. When I first heard about these prices I knew that this technology is going to penetrate the market very slowly and I wasn’t wrong about that. The predictions were way over the room and many of the analysts; predictions were just wrong. The good news is the prices are coming down with HTC cutting down $200 of its HTC Vive headset price and Sony knocks off $50 of their PlayStation VR bundle. Also wearing this cumbersome headset doesn’t really help and it’s hard to market the experience online via videos because you don’t really get to understand what VR is all about until you try it yourself.

I want to know what do you think about this article. Here is a link to it: 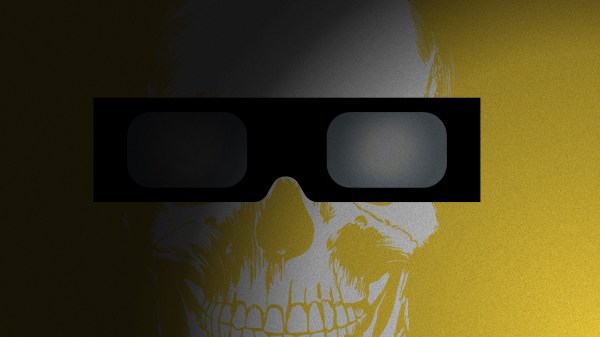 This VR cycle is dead – TechCrunch

At this year’s E3 -- aka the biggest date in the gaming industry calendar -- there was an Oculus-shaped rift where the Oculus-shaped Rift should have been showing off its vision of the future of electronic gaming and entertainment.

I think that many investors and tech companies where fascinates with the technology and moved at full speed to get into the market as fast as possible. When the leading companies are in (e.g. Facebook, Valve, Samsung), you can see why there was such a huge interest in this technology, less alone the coolness of it, especially once you tried it yourself. I think that Facebook’s Oculus acquisition signals to many that this is the next big thing and people rushed to join in, including hardware, manufactures and software developers also shown their big interest.

Game developers like Insomniac Games went full speed many VR titles. For me, it felt that the company has just shifted from developing regular games to VR games. Of course, this was a big opportunity for developers, because of the limited competition, the huge hype over the technology and the fact that even a small indie developer can get a good amount of attention, even with a half-baked game. When you have millions of games, nobody is going to write about any game that comes out, but once it’s a new technology, all the new VR news websites would be glad to write about your new game and because there aren’t millions of titles out there, your game can have better visibility. This means less need to put a lot of money on marketing.

Virtual reality definitely faced reality check on sales growth. According to businessinsider.com from an article posted on February 2017, the writer mentioned that Sony sold 915K units of its PlayStation VR, OCulus sold around 243K of its Oculus Rift headsets and HTC Vive sold 420K units. I haven’t mentioned mobile VR yet. Based on an article by gamesindustry.biz, Daydream sold 170K units in Q1 in 2017 and expected to reach 3.5 millions by the end of the year (2017). Samsung shipped over 4.5 million Gear VR headsets in 2016 which most came with the S7 pre-orders (you get the Gear VR for free if you pre-order). Just in Q1 2017 Gear VR sold 782K units and with estimations of 6.7 million by the end of the year.

As you can see, mobile VR is way more popular than its desktop equivalent. I was actually surprised to see the Google Daydream sales numbers to be honest, but obviously this is due to the wide variety of phones that this platform now supports.

These numbers are obviously far from being bad, but if you compare them to the expectations of a few years ago, you can see that they are way below what was expected. Read this article on vg247.com, where it mentioned that Sony greatly downgraded 2016 expectations for PlayStation VR, from 2.6 million down to less than 750K (source).

The article on techcrunch touches the main reasons why VR didn’t take off, at least not as expected. VR is not going anywhere and it’s far from reaching its peak. No doubt that VR needs another push to move forward but the Augmented Reality technology won’t make it easier for it. Some say that they are not competing, but many people will definitely need to consider whether to buy an expensive ARKit supported device or invest in a VR platform. So although the two technologies don’t compete in terms of the type of experience they bring, they do when it comes to one’s wallet.

It’s an enlightening article no doubt about it. VR technology is still here to stay because it brings something else that other technologies don’t. In the future those two technologies will be fused together in a much more convenient wearable device, but regarding mobile, AR is definitely going to be favorable among users, mainly because you don’t need a complimentary accessory, the headset, to play an AR game - It works straight out of the box.

This is of course just my own opinion and I am interested to hear what other members think about that article, because it brought some good points.

Cant wait to see how the 3rd generation VR headset would look like, certainly not as bulky as the first-gen, I so hope. VR had tons of problems and if it was another technology, it would have been blooming by now with all the investment poured into it by those large corporations. This VR cycle is definitely dead but more cycles will come, hopefully with better implementations, user friendliness and of course lower price.

Check our project - we believe its a new way of personal VR gaming - doesnt matter what VR headset will be used, the idea is in invilving BCI and physical feedback with the dynamic platform - www.nexwarrior.com.
Feel free to join our Slack or Telegram!

Agree that Brain-computer interface can really make a big difference. When it becomes more advanced you are going to have psychological therapies meetings in VR with an AI psychologist

Such projects are in development right now

I`ve heard about UK and US teams working on that