How to play Sorcerer (Wizard) Class in Demeo VR? 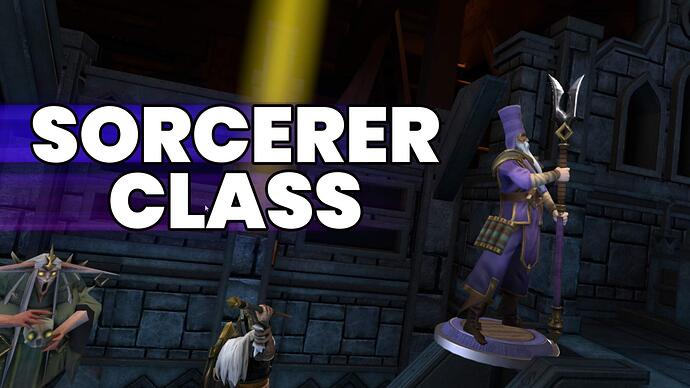 I’ve heard quite a few times saying that the Sorcerer (Wizard) class is their least favorite and some saying that it’s terrible or useless in the VR game Demeo. In my opinion, the Sorcerer is one of the most fun classes to play and also very useful in any team comp both in terms of its class cards and the ability to control engagements.

Here is a Demeo video guide about the Sorcerer class that I made. More info in this post if you have time and don’t mind reading. 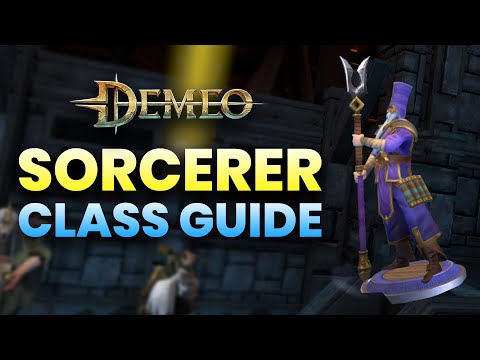 The Sorcerer class is a ranged class for the most part. He should be positioned behind the Guardian (tank) in most situations, casting spells (inc. his AOE spells like Fireball) from a far distance, avoid melee-range damage, and stunning high-threat enemies to support the tank, so it gets less damage.

Its refreshable class card “ZAP” is very useful for preventing high-threat enemies from changing the course of the fight in their favor and forcing players to invest more cards to deal with the threat. It buys more time for players to get an extra card(s) and get rid of small enemies first then focusing the team’s attack power to eliminate that enemy together in one turn.

The “ZAP” cards deal 1-damage, and crit for 3. The wizard has more AOE spell capabilities, but he is not good when it comes to single-target DPS—that’s the Assassin’s main strength.

The wizard’s AOE class spells like “Fireball” and “Freeze” are very powerful to get rid of a small group of enemies or as control, tactics to reduce incoming damage, delay enemy’s actions and buy more time for the team. In this time, the team can replenish mana and get an extra card, deal more damage, and control the rest of the combat easier that way. This also gives the tank and assassin more turns to use their damage-dealing cards or melee attacks to deal damage, rather than going stealth (assassin) or armor up (guardian), use defensive cards or retreat as a prevention measure for the next turn.

The Sorcerer should also not be the one opening doors first. I can’t count how many times I saw the sorcerer opening a door only to find itself facing lots of enemies and getting down the next turn.

There are some useful combos that can be done using the “Zap” card and hitting lamps. This is preferably done by the sorcerer/wizard than the archer as Hunter’s class card can deal base 3-damage, whether the “Zap” deals only one (without crit). So in many situations, it will be preferable to use the Sorcerer’s card than the Hunter’s (Archer’s) high-damage dealing class card.