In this post I want to share with you an amazing Time Loop VR game called Help Yourself. This VR game is still in pre-alpha but looking very promising already.

I played it on my PC (Windows) but using my Oculus Quest 2 VR headset. You can download the pre-alpha version of “Help Yourself” for free via itch—either the .apk file for Oculus Quest sideloading or the PC version executable file for your PC. 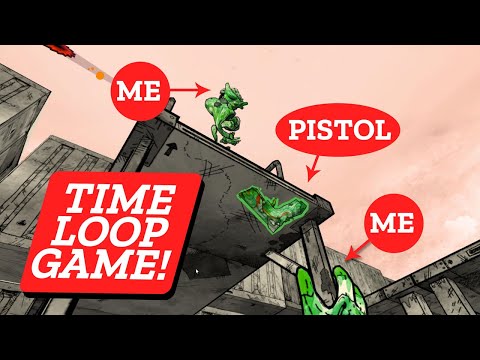 So what is 'Help Yourself'?

So basically, it's a Time Loop base puzzle shooter virtual reality game. **You need to cooperate with your past actions using clones to eliminate targets**. You can place a clone of yourself in certain hotspots.

Once you choose a placement, you become the clone and start doing things, like grabbing a gun and magazine, shoot, grabbing a shield and block, move your body to hide (it’s a room-scale VR game), etc.

It’s a time-loop game, so basically the time-loop will continue to repeat itself. You can replace your action of the last clone with a new action or just sit outside and watch the time loop being played and then take the spot of the next clone and take action.

The best way to play this game is to observe and rethink before starting your action but part of the fun is experimenting as well.

There is also a time limit, so you need to time your clone’s action and not spend too much time creating the action of the clone.

You need to not just pay attention to time, but also to enemies’ projectiles and even the number of bullets you shoot. I, one time got to the last clone only to find out that the gun I have given myself was out of bullets

You can check out this HELP MYSELF level and see how I approached it. There are various ways to finish a level. Here I could have just thrown the ammo to the mid-placement but I decided to throw it from far for the first clone character to grab it in mid-air and shoot the robots. 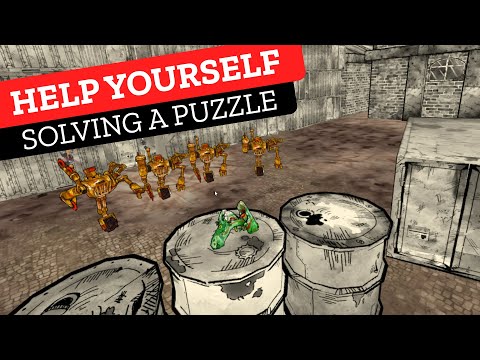 One of the best VR games I’ve played in my life. If you love Time Loop games, you must give it a try.

There will also be a Level Editor when the game is released. So you can create your own challenging levels for others to enjoy—Can’t wait for that to come out!

The game is available via Steam as well, so check the official page for more detailed information. The release date of the game is planned for 2022 but again, you can try the pre-alpha release via SideQuest/Itch sideloading option. Enjoy!