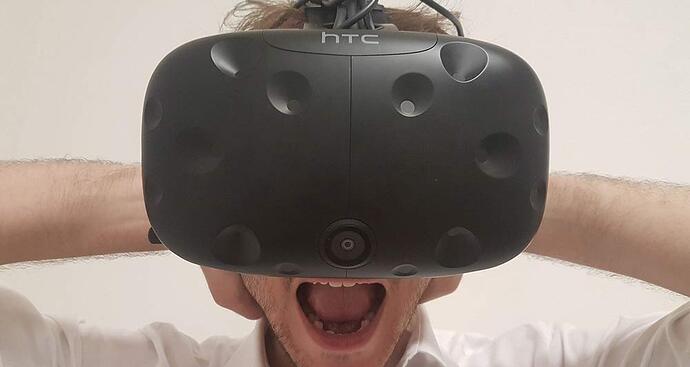 I’ve been talking with a few friends I met online while playing VR games. I’ve heard from many of them that they don’t play a lot of VR because of different issues that mainly relate to comfort. This leads to a kind of mental fatigue due to the comfort of wearing VR in the first place.

I mean, if you compare it to playing regular games on a PC, that’s a big difference. Some can play even all day long without feeling any discomfort. Whether I can understand that type of mental fatigue, where I personally can’t play for more than an hour straight without starting to feel of certain discomfort (mainly in the face).

Now why I say “mental”, because once the next day passes, you might decide to just play a non-VR game because you already remember how the discomfort affected you the last time. That type of discomfort makes you think of an alternative.

Now it also depends on the title you are playing for sure. For example, I couldn’t put Half-Life: Alyx down and I also realized that some VR app that I use for fitness (OK, weight loss) — are more resilient to that discomfort due to blood flow. This is due to the extra movement, especially when standing, that I feel while playing those “fitness” games. I can play easily for 2 hours on Beat Saber and don’t feel a thing. This is also one factor for its success, but not a major one I believe.

Even with regular use, people prefer playing a game without that box on their face all the time. Of course, if it was just something as light and comfortable as sunglasses—this was a completely different story—But it isn’t.

What matters here is how much time players play their favorite games on average compare to their other favorite games with standard non-VR games. It’s not easy to major that.

This is something that I can ask you and hear your opinion.

Are you affected by the discomfort of your VR headset and prefer playing non-VR games because of that?

Definitely. When I bought my Quest, knowing that I need to wear something on my head and play a long game make me just turn to my PC and play regular games. The game has to be really good to make me want to be in it, not like those many mini-games flooding the Oculus store. The Quest is so underpowered that you don’t really get to enjoy some great triple-a games.