Hi, I’m trying to create a space game for VR with the best graphics you can run smoothly on mobile devices. I released an alpha version for testing.

Destiny Zero is survival space game for VR. During his mission, you were captured and abducted by on the unknown ship called Destiny Zero. 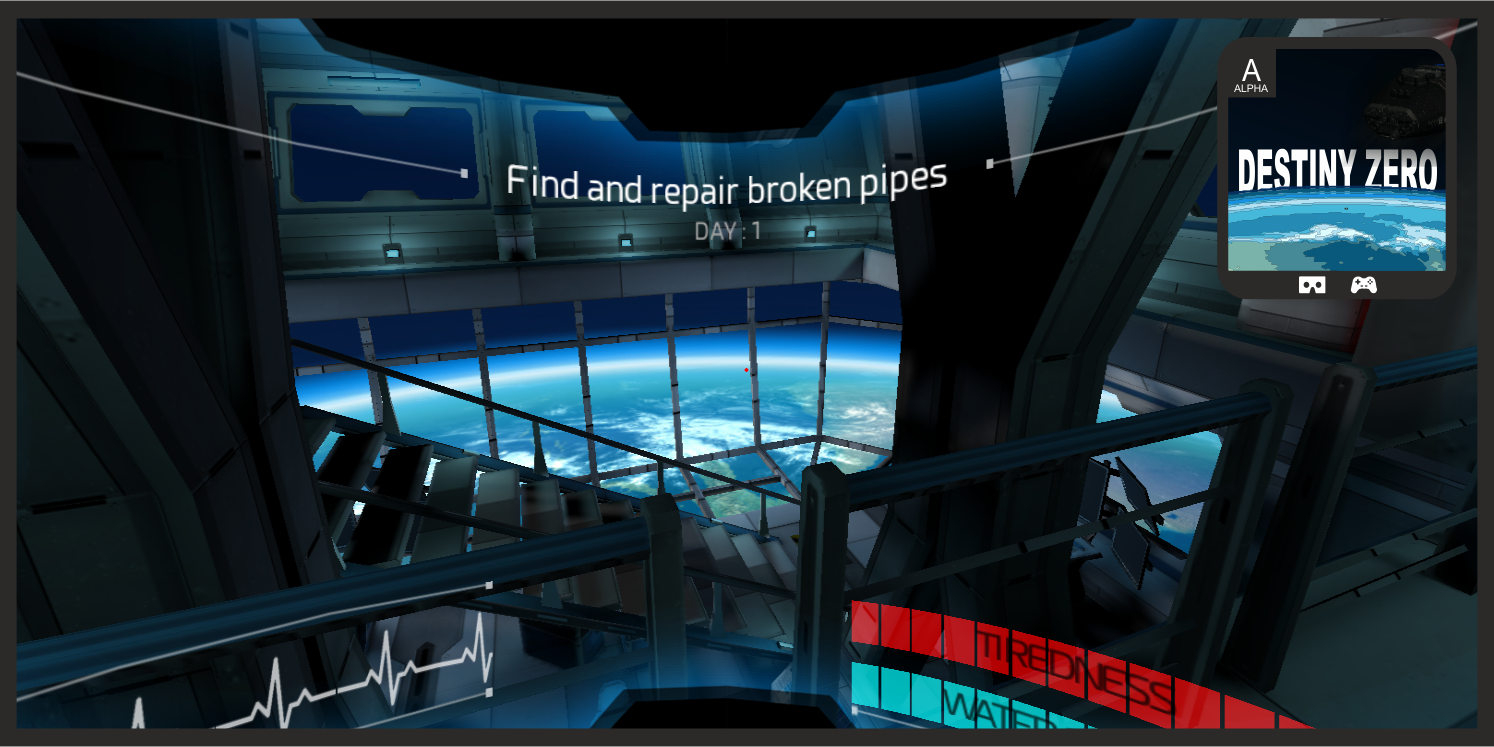 Next my vr games for google cardboard: https://play.google.com/store/search?q=vygomobile&c=apps

What are you intrigued

Thank you for try

Hi @vygomobile welcome to the forum,

This looks great and the presentation (website) also looks really intriguing! tell me, is it available for iOS as well?

We love having developers in our forum, I’m sure many users here will try the alpha out.I will download it as well and try it out!

Wow, that looks so cool… talking about investment. Damn, I am getting my VR Box 2.0 any day now, I will definitely try it out once I get it (from eBay, it takes ages to arrive). I saw the gameplay video and this game looks sick man. The sound effects are also really cool and you really invested in building an immersive environment . Voted for graphics, unquestionably graphics!

Looks really promising @vygomobile. I love these type of casual games and the atmosphere is indeed creepy. I see that you also invested in a background story as well. It seems like it as all the right components to be an amazing Android VR game. Tell me, does it work with Daydream? you know, you can get boost the graphics even further if you aim for Daydream as well. I don’t know how it is done, but there was one developer here that told us that the application detects whether Daydream is installed and uses 3D assets with higher quality. Just saying because you put great emphasize on visuals.

Have to go to work… c u guys later.

@vygomobile you should definately make the site under your own domain name, it looks unprofessional. You already invested so much in developing this game (which looks great by the way), why not just use a domain for instead of zerodestiny.webnode.cz - just a tip.

Thank you. Unfortunately for ios I cannot develop, because I haven’t enough money for macbook and license now ,maybe in future

I was at the same boat when I developed a photo editing app for mobile. I personally focused on iOS because I was more familiar with the programming language and have the right equipment (although I’ve sold it later on).

The game really looks great and we can tell that you invested a lot of time in it. I think that it isn’t complicated to port the game to another platform, but it depends on which game development platform you use. I think most support cross platform deployment, but of course, first focus on the Android launch and make it the best it can be.

Wish you all the best!