Daydream View reviews are up!

All of the reviews that I’ve read on Google Cardboard are really positive. Many reviewers mentioned that it’s a very comfortable headset, easy to setup (well, compared to the cardboard one), it has a responsive tracking and the image quality is very good, especially when used with the Pixel XL (which has a higher resolution).

There is still lack of content, and nobody argue about that, and there is still limited compatibility. This will be solved once more and more companies will released their own Daydream-ready phones, but overall it’s an excellent start in my opinion.

I recommend reading theverge.com Google Daydream View review, it has some really nice photos as well.

Here’s a great Daydream View hands on review by TechRadar. 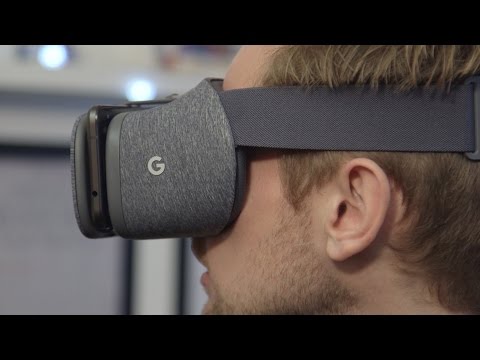 I agree with the lack of content. There aren’t many developers developing for this platform. I hope that we’ll see more content in the upcoming weeks. You know what cool about the View headset, is that you can connect a cable to the phone and not be limited by the battery life. Not every mobile VR headset is built that way.

Hi Spook, here is another review by Engadget. Well, all seems to love it and it’s certainly a great alternative to Gear VR for those who bought the Google Pixel.

However, compared to Gear VR that has a lot of games and experiences, Daydream only have a few, but I’m sure that many titles are still under development and will be announced or even released in the upcoming moths.

I actually found the largest gadget website’s reviews quite lacking, I prefer those of YouTubers, much more in-depth. Here’s a great one by Matthew Moniz.

It also talks about games, which of course one of the main reasons you actually want to buy this headset.