Can sweat damage the Oculus Rift or HTC Vive headsets?

I know that many room-scale games require quite a great deal of physical effort. I’ve already ready about people sweating when playing some intensive room-scale VR games, and I know that water and electricity don’t get along that well, so is sweating can be an issue with VR headsets like the HTC Vive or Oculus Rift? (I don’t want to get toasted while playing my favorite game)

no mentioning makeup smearing all over the place. I don’t think it should be an issue, I’m sure that there are some regulations associated with that which headset manufacturers should comply with, like many other worn electric devices. 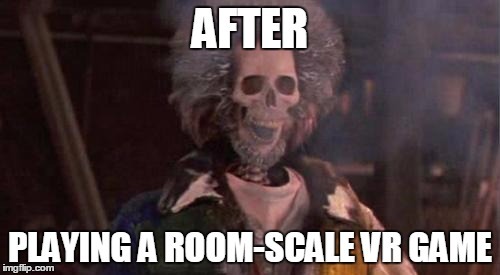