Bocce is a fantastic game and if you love it, you can now play it in virtual reality using the Oculus/Meta Quest and Quest 2 VR headsets.

Bocce Time! VR game for Oculus Quest has various courses in which you can play the popular ball game. Each one with its own unique design that affect the way you play (rules are the same of course).

I made an in-depth review about Bocce Time! game for Meta Quest and I highly recommend checking it out. 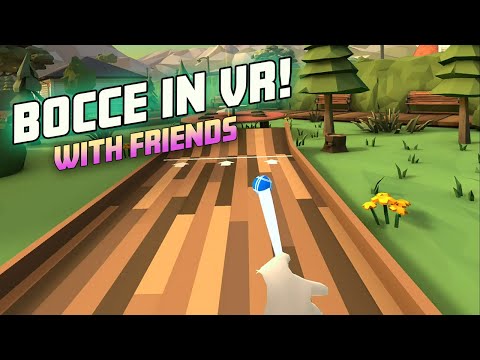