I’ve played many archery games and I really love using bow and arrow in VR, as the mechanics are really fun and addicting, when done properly.

Today I played a VR game called METABOW on my Oculus Quest 2 VR headset. This game was a blast as it combines different gameplay styles like wave shooter and puzzles to make the bow and arrow shooting lots of fun in Virtual Reality.

This archery VR game is available for free via itch.io and it supports also PC and the most popular headset like HTC Vive, Oculus Rift S, Windows MR, etc. However, it was optimized for the Oculus Quest headset.

It has low-poly visuals, but it doesn’t matter. It looks beautiful, has amazing music tracks and the controls and gameplay mechanics are just spot on. One of the better VR archery games that I’ve played on the Oculus Quest.

I created a gamepaly video showcasing METABOW so you can see what it’s all about. 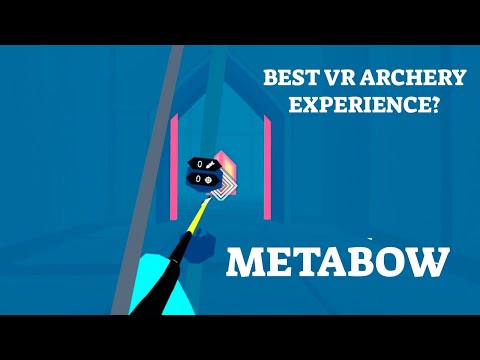