VR Bottle Shooter is a casual shooting gallery VR game. You need to use various weapons to shoot down all bottles with the available bullets.

This game is available for Oculus/Meta Quest & Quest 2 via SideQuest.

If you love shooting targets in VR with weapons, this one might be a good choice for you.

Each level increases in difficulty. You start with stationary targets and then to a more dynamic level with moving targets that are harder to shoot.

You start with a pistol, move to a sniper rifle and unlock more levels with different weapons as you progress.

I played and reviewed VR Bottle Shoot on the Meta Quest 2 VR headset. The game is not without its issues. Like reloading is a nightmare and I hate going back to the main screen each time I wanted to play the next level.

That being said, the shooting feels great, especially the sound effects and how the bottle explodes.

I made a full review of VR bottle Shooter so watch the gameplay and see if it’s the right VR shooting gallery game for you. 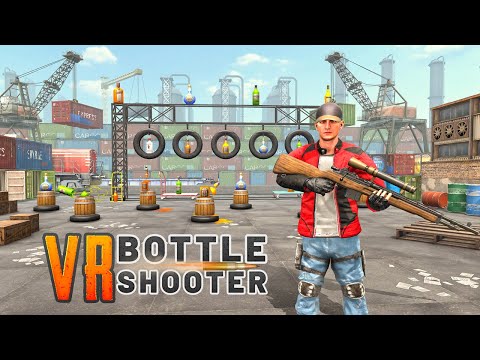 Shitty controls 1 minute and I was out.