Are there Jungles in No Man's Sky?

I wonder if we might see jungles in No Man’s Sky because from what I’ve seen so far, there are green lush plants, but not so many trees. Maybe it’s because it requires a lot of computation. Does anyone saw a gameplay video showing a jungle?

Depends on of what yo perceive as a jungle. If you refer to an area with dense trees, I think that this image posted on Imgur shows that there might be jungles in No Man’s Sly. 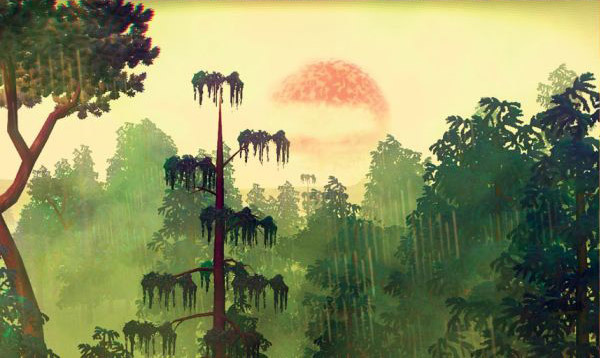 I extracted only the relevant image and you can see that there is a probability of landing on a planet full of large green trees which are quite dense as you can see from that image. So I can think it’s safe to say that players might encounter planets that have jungles in them. In fact, that image looks more like a tropical forest to be honest, but hey, if we follow the term as written in Wikipedia:

A jungle is land covered with dense vegetation dominated by trees

I think that there are jungle areas in NMS, but I am not sure how much area they covered or whether you can find a planet covered by treet.